(Extinction) Rebellion is not the answer 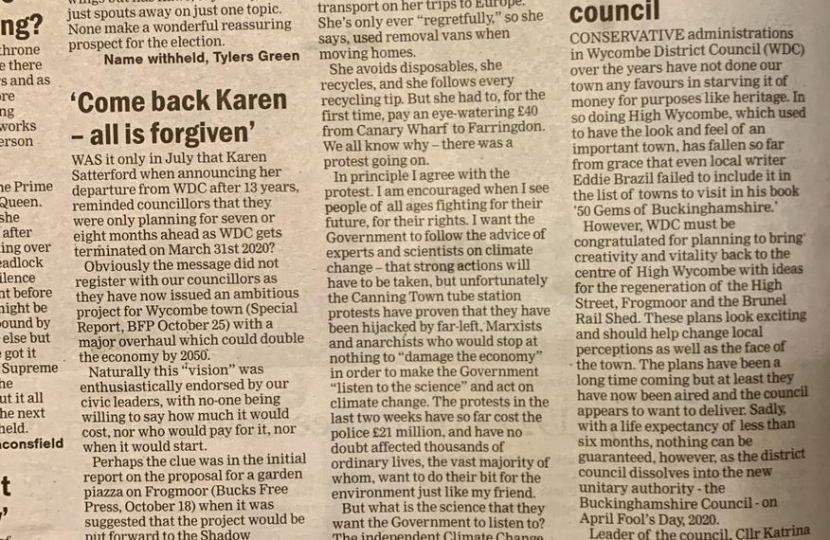 Last week my friend did something she hasn’t done in her two decades of living in London – she called herself a cab. She has always been principled, always trusted public services, to the extent of hauling her luggage on public transport on her trips to Europe. She’s only ever “regretfully,” so she says, used removal vans when moving homes.

She avoids disposables, she recycles, and she follows every recycling tip. But she had to, for the first time, pay an eye-watering £40 from Canary Wharf to Farringdon. We all know why – there was a protest going on.

In principle I agree with the protest. I am encouraged when I see people of all ages fighting for their future, for their rights. I want the Government to follow the advice of experts and scientists on climate change – that strong actions will have to be taken, but unfortunately the Canning Town tube station protests have proven that they have been hijacked by far-left, Marxists and anarchists who would stop at nothing to “damage the economy” in order to make the Government “listen to the science” and act on climate change. The protests in the last two weeks have so far cost the police £21 million, and have no doubt affected thousands of ordinary lives, the vast majority of whom, want to do their bit for the environment just like my friend.

But what is the science that they want the Government to listen to? The independent Climate Change Committee states that we could feasibly become carbon neutral by 2050, for which the previous Government has legislated a legally binding target for. The science is that for the fifth largest economy in the world, we emit 1.02% of global carbon emissions (as compared to China which emits 29.07%). The facts are that we are acting within our means and taking bold action to address climate change.

Prior to the climate protests the Government has already done some significant work on climate change. However, some may argue that the good, decent people – the teachers, students, pensioners in the demonstrations have brought this issue into our key public consciousness, and they have done well. Now it is up to the Government to carry out what is within its means to tackle climate change. We have invested in Carbon Capture and Storage (CCUS) technology which will be a “game changer” in making carbon-neutrality an achievable reality. We have invested in green energy – this year we are starting to see a drastic reduction in coal use, and we are seeing more energy generated via renewables as compared to fossil fuels.

The only way for us to have a greater impact in addressing climate change is through investments in scientific research, backed by a strong economy. It is through a foreign policy that we can influence other countries to change their behaviour, as backed by our trade and economic ties across the world.

The last thing we need to achieve progress on dealing with climate change, is an economy weakened by wilful damage, by people who do not believe in our moderate, sensible approach which has worked so well so far.